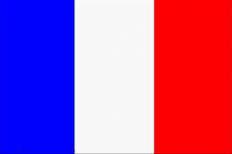 The gypsy genocide carried out by nazis is an extreme consequence of the persecution and social rejection that historically we, the gypsy people,  have suffered in Europe. Hitler was determined to exterminate us as a part of the Holocaust. But this aspect of our History has been barely studied and transmitted.

It is estimated that around 500.000 gypsy people were killed during the Holocaust. Taking into account the number of Roma at that moment, the magnitude of the genocide was, proportionally, even higher than the Jewish extermination.

Therefore, it was one of the greatest and most cruel acts of hate in History. Nazi Germany was even able to strip us of our human nature legally, in order to act with impunity and also to justify the realization of the most terrible experiments someone could imagine. There are documents which prove that Zyklon B gas was tried with gypsy children first.

It is a moral duty to keep the memory of those who lost their lives, but also, it is needed to work hard in order to denounce the social injusty represented by a generalized anti-gypsyism. An anti-gypsyism that shackle us in all possible ways and that was the root and the excuse of the Samuradipen  o Porrajmos.

We are going to honour the memory of all the victims caused by the Nazi craziness with an offering in the extermination camp of Auschwitz next 27th of January (Liberation Anniversary) but, before, here in Valencia (Palacio de Pineda, Pl. Del Carmen) on the 28th, 29th and 30th of November, we are going to honour their memory too, celebrating an International Seminar exclusively dedicate to the reflection and memory of the Roma Holocaust. We are grateful to count on the presence of survivors.